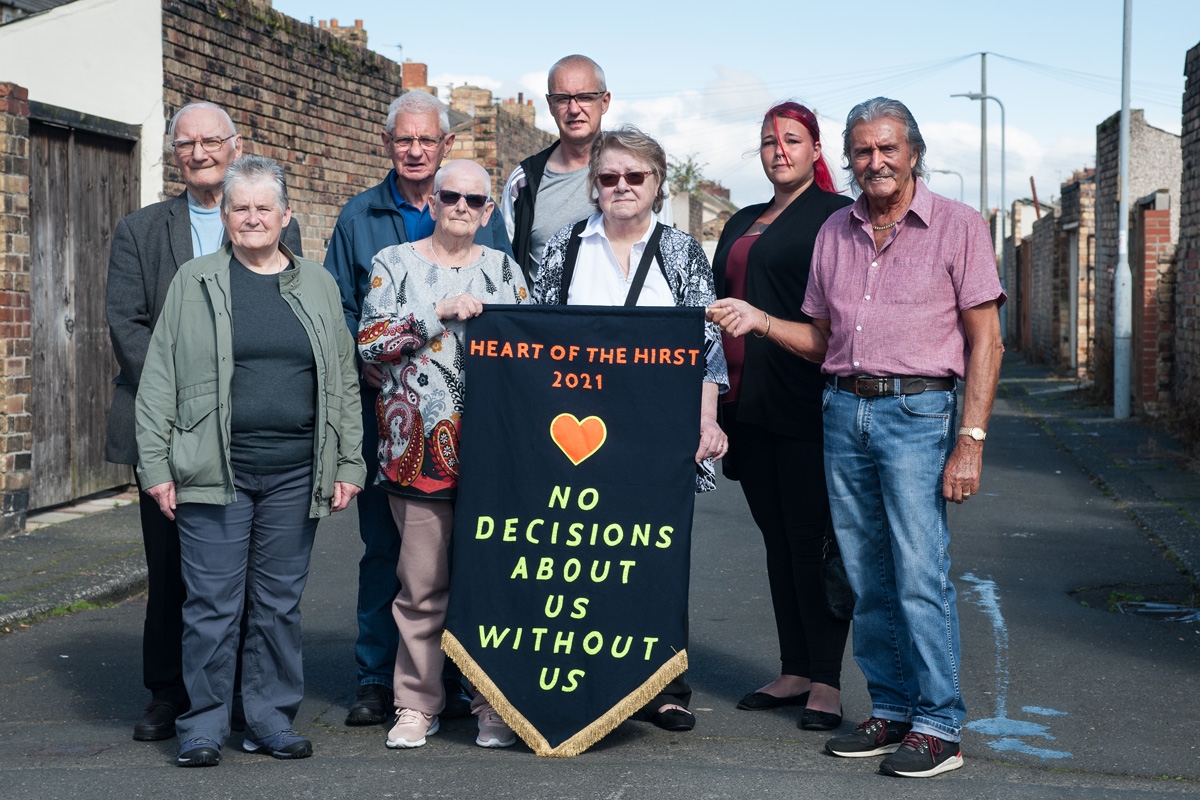 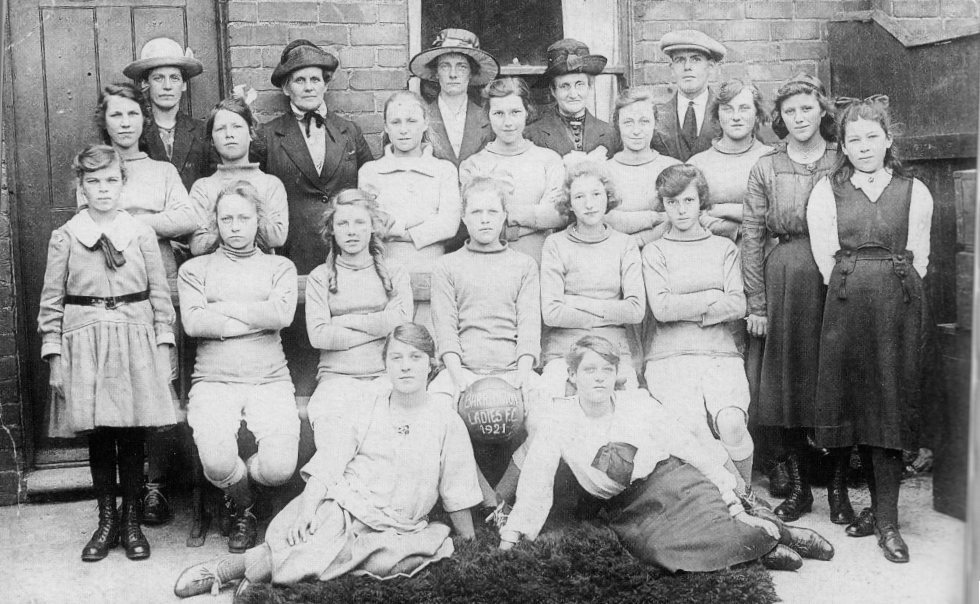 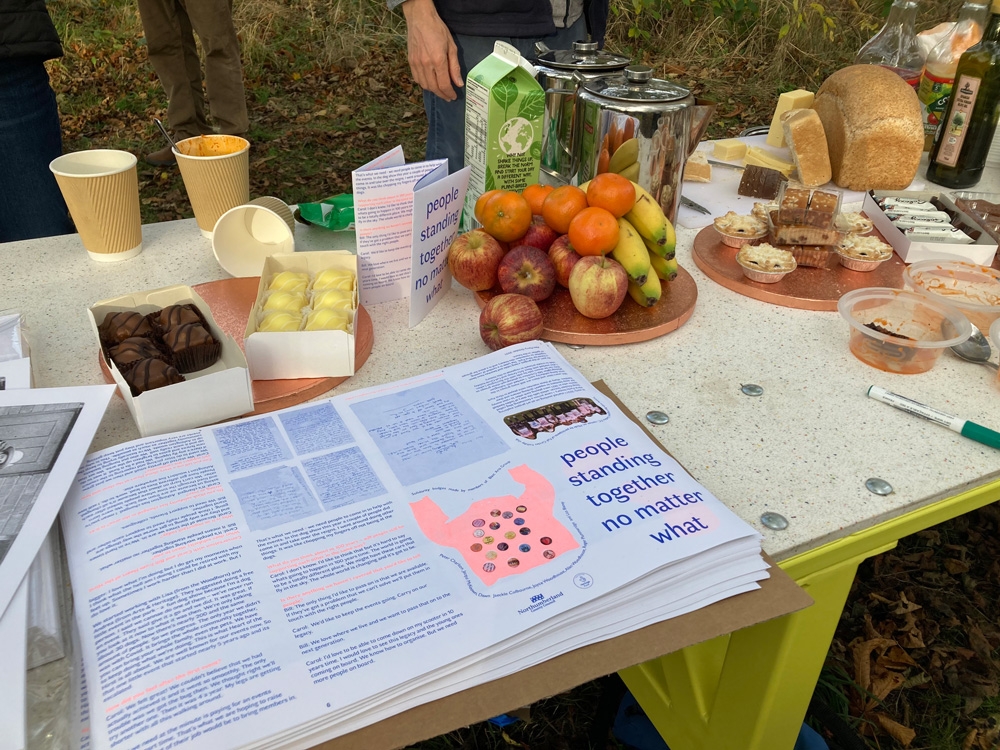 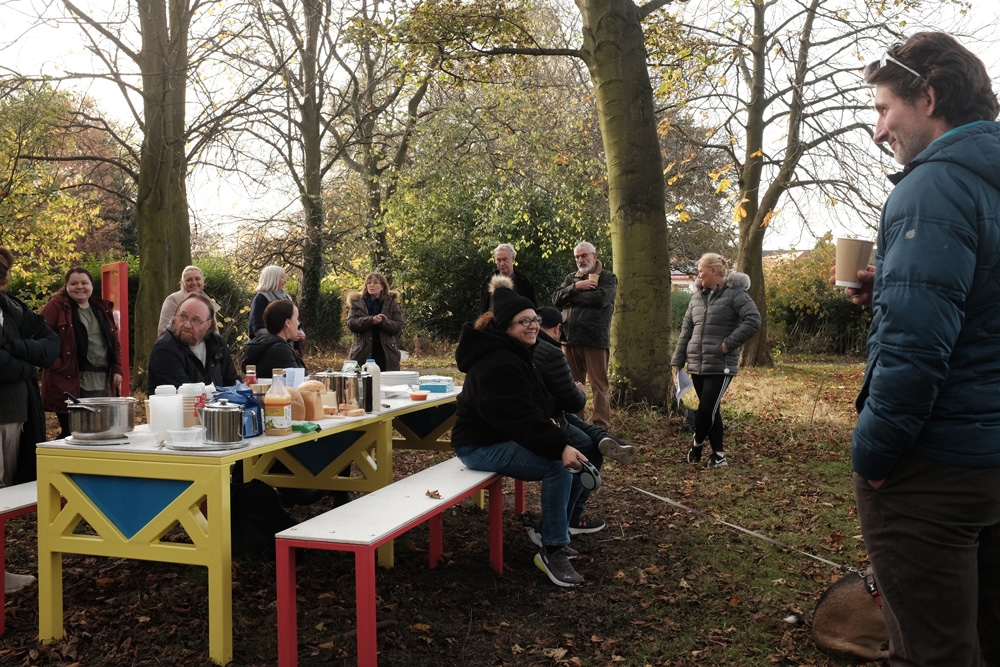 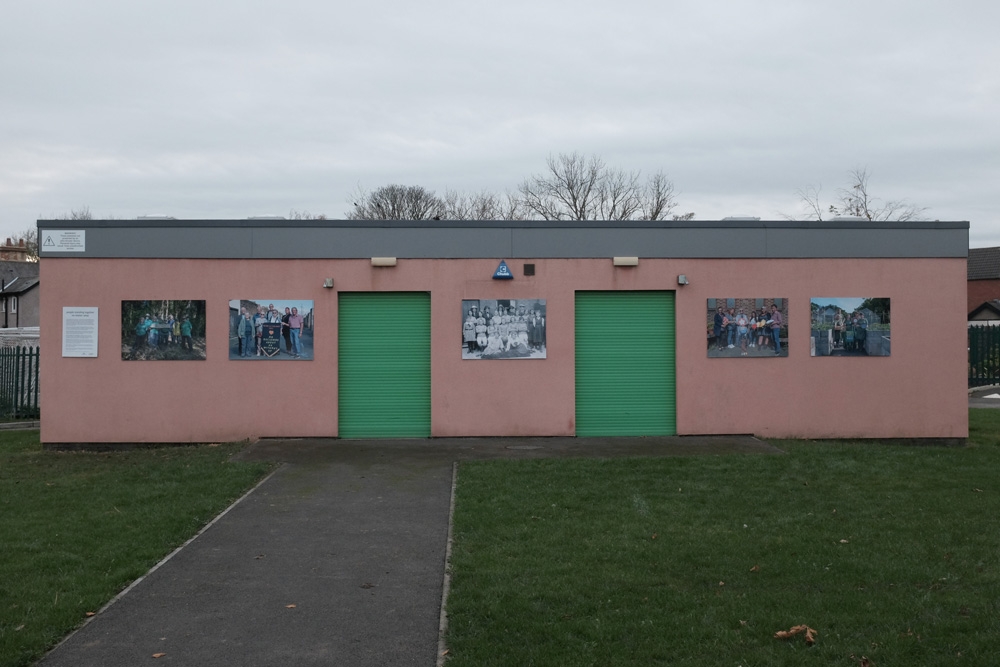 A public art commission for Hirst Park, in Ashington, Northumberland inspired by Barrington Ladies F.C. In 1921 this female football team were part of a movement known as Pea Soup Football which were female football teams who played matches to raise money for soup kitchens to feed striking miners and their families. Some of these matches took place in Hirst Park and were attended by thousands of people who raised large sums of money for the soup kitchens.

It was said that Ashington was known for its female football players with Blyth News* reporting, ‘the most noticeable aspect of the stoppage in the Ashington district has been the innovation of football among young women. The innovation appears to have caught on at other local places, and sports nowadays are not complete without a ladies football match.’

I was inspired by this story, as well as the rich history of solidarity in the area. There are many contemporary groups in Ashington doing solidarity work. I worked with photographer Mik Critchlow to photograph four of these groups so they can be shown side by side with the Barrington Ladies in Hirst Park. A new object was made together with each group for the centre of the photo to reflect their work and what they do together.

As a symbol of solidarity I designed a large dining table, with enough space for a football team to sit at. Its a space to remember these women, as well as for groups to meet into the future.